Exploration of the mythical mountains Olympus and Kissavos

The king and his proud companion stand side by side, wetting their toes in the river Pinios and promising their visitors great adventure. Rich mythology, incomparable natural beauty and a plethora of activities; what lover of the great outdoors could fail to yield to their magnetism? 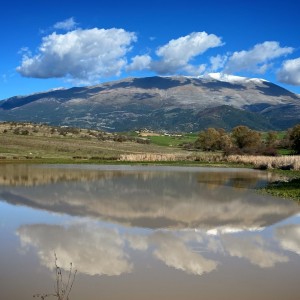 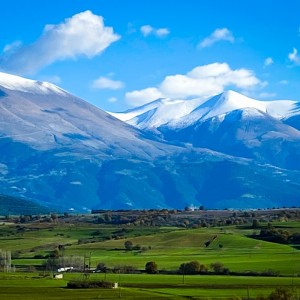 Could there be a better place to succumb to the magic of mountain climbing, the absolute awe of abseiling, the bountiful benefits of biking or the delirium of diving deep into the crystalline sinkholes of gorges already awash with luxuriant vegetation? Sunrise on Mount Olympus and you’ll head out from a glittering Agia Triada to Krevatia, followed by Barbalas. The wonderful view of the Tempe Valley strengthens your resolve to test your mettle on its spectacular rock face. On foot or by pedal power, surging through the forests from Karia to Aigani, your eyes will alight upon a generous canopy of chestnut, fir and oak; all of which have taken on time at its own game!

On Mt Kissavos, or Ossa if you prefer, you’ll ascend from Spilia to Synahovrysi. The challenge of the trail pales by comparison with the awesome spectacle that confronts you. In Kalypso Gorge, as adrenaline stampedes around your body, waterfalls cascade onto waiting rocks and nightingales regale your every move with celebratory song. You can abseil down the specially designated rock faces of Tzamia and Seloma and, with Aprioprino as both your starting and finishing line, bike through Spilia and Bougazi, breathing in fresh air and views, the like of which you may never have seen before.

White water wonders in Tempe Valley. With your indispensable sport camera attached to your helmet, you’ll capture the glory and the tempest the waters of the Pinios and your own “superhero” moments rafting or kayak-canoeing in the embrace of the valley of Tempe. 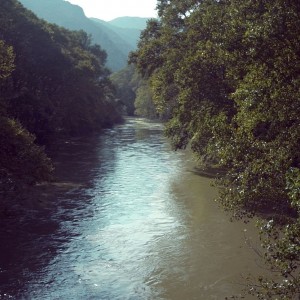 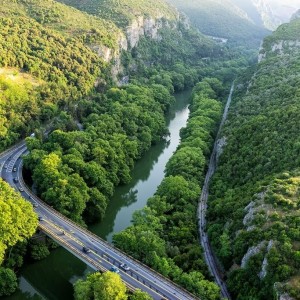 “Am I looking at a painting or a village from a child’s scaled-down model landscape?” These are questions that may enter your head on first view of historic Ampelakia, clambering over the foot of Mt Kissavos. Walking the cobbled stone alleys, the urge to capture on camera the stateliness and grace of its mansions is irresistible. The three-storey Schwarz stately home is the epitome of traditional Greek architecture. You’ll admire the elaborate wooden canopy in the winter room but nothing can prepare you for the “Eagle” room with the majestic fireplace as its centerpiece. On leaving the village, you’ll feel the mysterious lure of the ruined medieval castle of Oria, a puzzle box from the past, which today affords a wonderful view. In no time at all, you’ll be in the heart of the valley of Tempi, flanked by Mt. Olympus and Mt. Kissavos. Climb down the small steps to the springs pouring into the Pinios and join the other pilgrims at the cave of St. Kyriaki – be patient, there is only room for one at a time.