The city with a great history, varied cultural currents and quality entertainment makes a powerful magnate for tourists.

Larissa has a youthful heart leaning on a potent historical heritage. Feel the beat of the city underfoot. With a wealth of creativity and a wave of innovation on display, here’s one destination that will bring out the artist in you too.

A city open to history, art and culture

Either with a travel guide or an app on your mobile, explore the cultural treasure box that is Larissa. 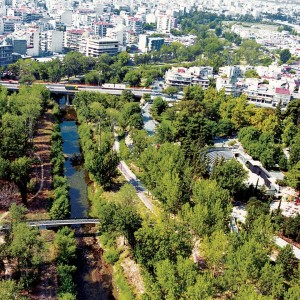 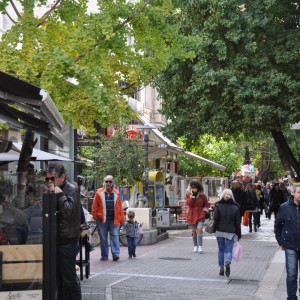 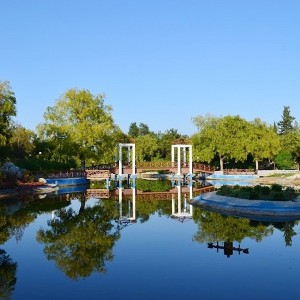 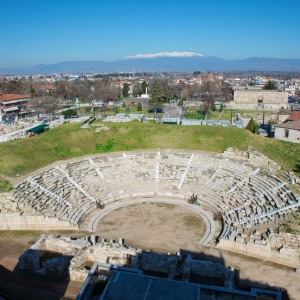 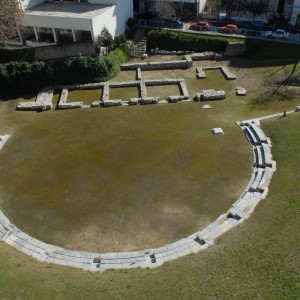 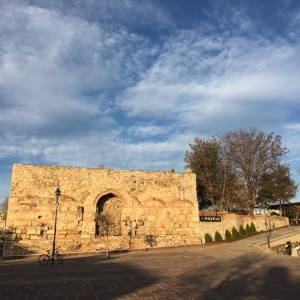 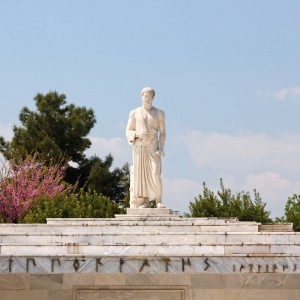 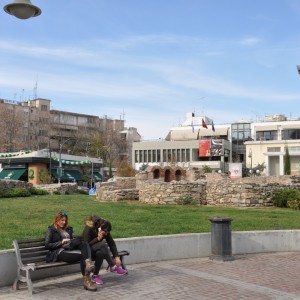 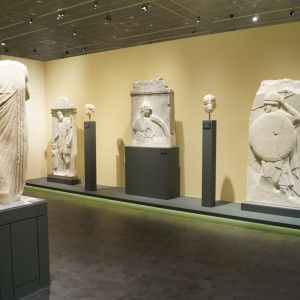 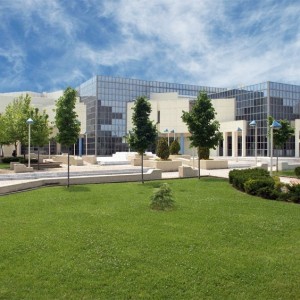 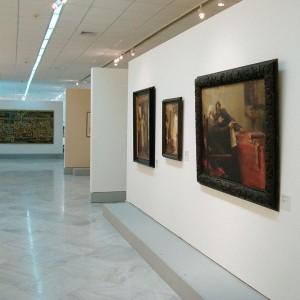 ANCIENT THEATER A΄ is one of the most important and greatest theaters of the period, built in the 3rd century BC. It had a capacity of about 10,000 spectators, while during the Roman era it was also used as an arena for duels and animal fights. Its construction is related to worshiping events, such as the performance of plays and musical competitions, but also with political events related to administration of the “Koinon” of the Thessalians, as evidenced by several inscriptions saved in the seating area. It is one of the rare for the Greek area theaters of this magnitude to be found in the urban web.

At the intersection of the Tagmatarchou and Protomagias str. is the 2nd Ancient Theater of Larissa, which was built in the 1st century B.C. During the Roman period, it replaced the First Ancient Theater that functioned as an arena. It was never completed due to financial difficulty. It hosts both small-scale performances (schools, concerts, etc.) as well as complete artistic performances.

Bezesteni has a dominant position on the spacious plateau of the hill of the ancient acropolis and is in the current location "Lofos Frouriou"/ Fortress Hill. It was the covered market of the city during the Ottoman period, which functioned until the late 19th century, mainly as a textile market (its name comes from the Persian word "beige" meaning fabric) and luxury goods. It dates from about the end of the 15th century to the beginning of the 16th century and has been the most important part of the market for about three centuries.

The new Museum of Larissa, with an exhibition space of 1,500 sq.m. in a land of 54 acres in the area of Mesourlo, includes representative samples of the civilization of Thessaly from the Paleolithic and Neolithic period, Iron and Bronze Age, Archaic, Hellenistic, Roman, Paleo- Christian, Byzantine to the Ottoman period and the 19th century. Unique figurines and vases from the prehistoric settlements of Thessaly, works of ancient sculpture and funeral gifts, as well as mosaic floors, are among the exhibits.

THE MILL OF PAPPAS

The most restored building complex of the Mill of Pappas has been turned into a Cultural Multicenter and a Museum of Wheat and Flour for cultural, recreational and educational use. The accompanying buildings include the Mylos Theater, the Tiritompa Puppet Theater, the Doll Museum, the Grain and Flour Museum, the Ballet School, the offices of the Municipal Band , the music stage "Mylos 1927" ,"Mylos Bar" as well as the summer cinema "Sine Mylos" which operates in the surrounding area, and the large courtyard which is used for events, festivals and concerts.

The second most important Art Gallery of the country was founded in 1983 and has been operating in the modern building since 2003. Part of the GI Katsigras Collection, 150 works of the 19th and 20th c. are exhibited as well as the furniture of the office of Heinrich Schliemann. In its large exhibition halls, there are important individual and group exhibitions, as well as periodical exhibitions in collaboration with Art Galleries, Museums and artists.

Be a part of this spectacular celebration – the whole city is galvanized by the enthusiasm and the artistic energy of all those who come from every corner of the earth. On every street corner, there’s a different kind of artist to spring yet another surprise. To borrow from The Beatles, it’s a magical mystery tour reaching into every corner of your heart and mind and carrying you off on a unforgettable ride.

A victory for the green side

The people of Larissa love nature and it shows. Take a wander around the city that has given an emphatic thumbs down to concrete and cement. Today, the green, tree- planted spaces amount to more than 455,000 square metres! “Alkazar” means Castle in Arabic. This is where your walk begins, from the park of the same name straddling the river Pinios; heart lightened by the promise of nature’s rejuvenating touch. Streets ripple out from the centre like ribbons from a maypole and the choice of route is all yours. Everywhere there are fountains; hungry ducks on ponds marshalling their offspring for the next bread blitz; children flinging themselves around playgrounds and a café not far off for a thirst-quenching juice. In the evening, you can enjoy a performance in the garden theatre. When the Pinios festival gets underway, the whole riverbank blooms even brighter, enlivened by music, dancing and visual arts of all kinds.